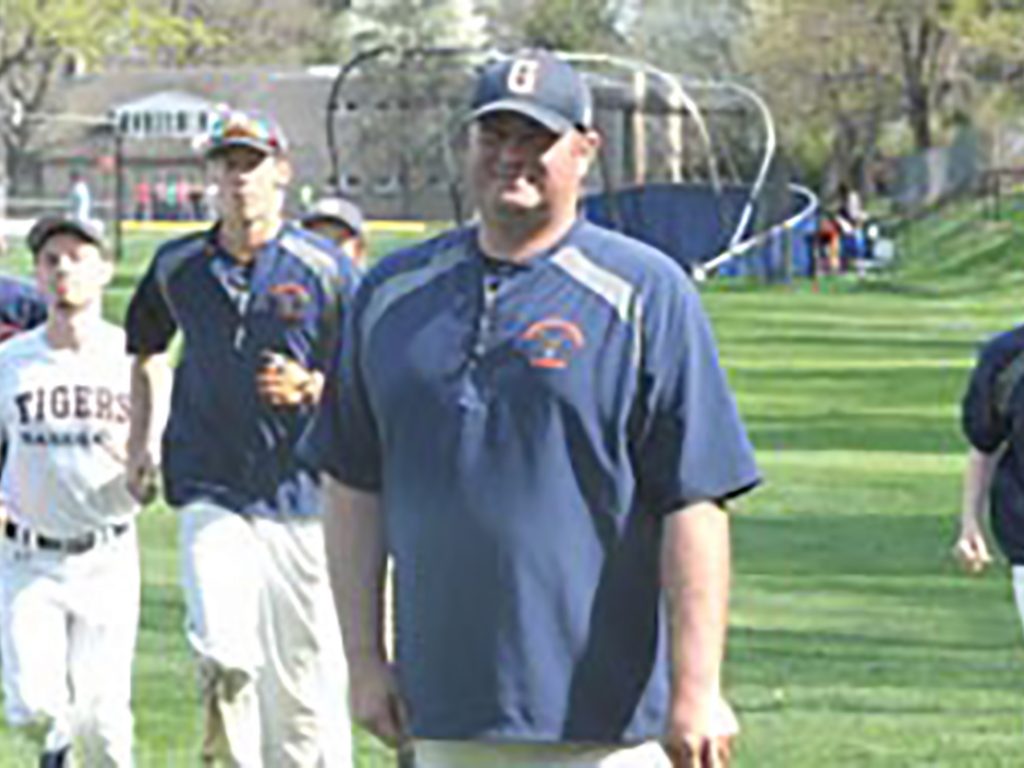 As a baseball-loving youth, Tim Gunn loved hitting, deeming it his ticket to gaining distinction. The gifted slugger earned merit for his might as a registrant at St. Joseph’s Preparatory School and Saint Joseph’s University, with his prowess at the latter location placing him in the program’s top-10 list in four categories. Since his 2001 collegiate graduation, the resident of the 2900 block of South Smedley Street has called on his knowledge for knocking the cover off the ball to become a commended coach.

“This game is a disease for me, and I never want to find a cure,” the 35-year-old head coach of the Germantown Friends School squad said of his diamond infatuation. “It has a hold on me and creates bonds that no other sport can match.”

Along with never seeking a remedy for his figurative affliction, the Marconi inhabitant wishes to infect as many people as possible with similar sentiments. The Germantown Friends charges have served as his primary recipients since ’12, his inaugural year culminating with their capturing the Friends League championship, but he has ventured to numerous spots to edify, including New Jersey, North Carolina, Massachusetts, Florida and Australia.

“I think I have a presence that clicks with people,” Gunn said of his gregarious nature, which, along with his impressive list of connections, including links to the Bradenton, Fla.-situated IMG Academy, where he coached global high schoolers in ’10 and ’13, led to his winter trip to the Oceanian commonwealth. “One way of thinking is never going to make it in this game unless it’s about giving effort and having the right attitude.”

The insightful instructor interacted with hopefuls in Perth and Adelaide during the Australian summer, helping the 14-and-under National Team to a 14–1 mark and first-place prestige. With a reputation for enjoying conversation, the natives delighted Gunn with their interest in his beloved sport, with the local likening their exceptional commitment to the game as akin to the unwavering support that fervent Flyers fans show to their hockey heroes. Having furthered unions with his brethren, Gunn is gunning for conducting more international investigations into baseball’s breadth, with a possible August trip to the Dominican Republic on his mind.

“You survive in this game by sticking around,” he mused, reflecting on a philosophy from friend and former Temple University head baseball coach Ryan Wheeler. “You learn to build relationships and participate in a brotherhood. I’ve been involved for most of my life because aside from titles and statistics, there is so much that someone can get out of this game.”

Gunn began to gather an understanding of the game’s allure as a boy and credits parents Janice and Tom, who played football and baseball at Lehigh University, for being constant supporters of his drive. His motivation bred a “super competitive” personality that he confessed was an occasional hindrance but something that has acquired layers of maturity. Following graduation from St. Richard School, now St. Pio Regional Catholic School, 1826 Pollock St., he spent a year at St. John Neumann High School, formerly 2600 Moore St., before transferring to The Prep. He enjoyed a solid career for the North Philly-based school, earning All-City honors as a senior and elected to further his Jesuit-aided education on Hawk Hill. A three-year starter at first base, he again proved prolific, but a professional sojourn did not beckon, so, with a permanent penchant for acquiring and sharing wisdom, he considered coaching and has used his inquisitive and altruistic demeanor to produce championship celebrations and lifelong memories.

“So much of this game, I’d say half, is psychological, so that mental preparation is crucial,” Gunn said https://svensktapotek.net/. “My job has often been about playing part-dad and part-friend, especially for the Germantown kids, so I’m committed to their growth and comprehension.”

That discipline has ingratiated Gunn with the Brooklawn American Legion, who captured the ’01 American Legion World Series championship; the North Carolina-based Outer Banks Daredevils; Arcadia University, where he also earned his master’s in secondary education; the Massachusetts-situated Brewster Whitecaps; Saint Joseph’s; Broomall’s All-Star Baseball Academy; IMG; Swarthmore College; Great Valley’s Maplezone Sports Academy; and the King of Prussia-headquartered Diamond Sports Academy. Along his multi-stop journey, it seems that for every victory he has celebrated, he has acquired three times the amount of friendships, and he counts Stan Exeter, whom he coached under at Arcadia and Swarthmore; Dennis Barth, who proved instrumental during his American Legion stint; and Shawn Pender, an advance scout for the Cincinnati Reds and former Saint Joseph’s head coach, as lasting influences. He aims to judge his coaching success by continuing to help players to enter college, become draft picks and follow him in the coaching ranks. For the first endeavor, he is inspiring his Germantown band to give its all.

“They know I will be on them all the time,” Gunn said of the 9–6 Tigers, whose most recent triumph during their six-game winning streak came Saturday versus Girard Academic Music Program, 2136 W. Ritner St. “We have a solid group and plan to make some noise.”

Perfectly content with his involvement with the K-12 school, whose setup gives him a “mini minor league system,” Gunn confided that he considers making it back into college ball his ultimate goal.

“When I look back and ahead, for that matter, I realize this game is about forging connections,” Gunn, also enamored with giving clinics and private instruction, said. “I’m happy to have made so many and anticipate many more.”